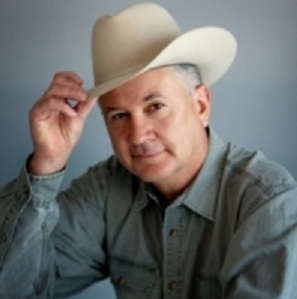 A new show with a unique format premiered on television this year. It’s called Songland. Each episode features four unknown songwriters who pitch songs they have written to a popular guest recording artist. The songwriters perform their original song in front of the guest artist and a panel that made is up of three music producers who are also successful songwriters.

After the four contestants have performed the artist chooses three who are each paired with one of the producers from the panel to help them perfect their songs. In the studio, the songwriter/producer teams collaborate to come up with a version they hope the recording artist will choose to record.

The dynamic is completely different from other competitions. As soon as each contestant sings their song in the first round, the producers on the panel and the guest artist start collaborating spontaneously with the writer. They suggest lyric and music changes. This continues through all four song auditions.

Once the three finalists are selected and paired with a producer the collaboration becomes more focused. Each team makes even more changes. The songs evolve dramatically in some cases, even to the point of sounding completely different than the original pitch. It is from these final versions that the artist chooses one to record.

At the top of the music business hierarchy are the stars. All of the rungs below the top are populated with people who labor to make the stars shine. When we hear a song on the radio we never think about who wrote the song or how it was produced.

Songland gives us a look inside the songwriting process. As the writers sing their songs it’s fun to watch the panelists react. You can see the wheels turning in their minds as they listen. At the end of the song sometimes they’ll pick up a guitar and play and sing to demonstrate the changes they’d like to see. They really get into it, smiling, laughing and applauding. And the cool thing is that the contestants are appreciative of their feedback. Even though it’s a competition the producers and the contestants start collaborating from the get-go.

Some contestants are eliminated, not because artists don’t like a song, but because they don’t feel like it’s a good fit for their style. Others have been eliminated because artists believe the song should be recorded by the songwriter. In one episode, the recording artist was so impressed with the contestants’ songs that he chose to include the songs of all the songwriters who didn’t win on his next album.

Even as they compete in the final round the producers are supportive of the other teams. And when the guest artist chooses the song to record, all the finalists, the producers and the artist celebrate.

I believe the show offers several lessons for leaders. You can use the Songland model to create a culture of collaboration. Involve your people in the decision-making processes of your organization. Provide forums for them to pitch their ideas. Instead of dictating, managers should be “producers” who collaborate with their employees.

A culture of collaboration engages employees. They don’t just take ownership of their ideas, but they share ownership of ideas. The collaborative process takes good ideas and distills them into better ideas. And it also weeds out the ones that just don’t fit.

A culture of collaboration makes your job as a leader much easier. You don’t have to have all the answers, you just need to ask the right questions. Your success as a leader is dependent upon helping those you lead succeed. When you create a collaborative culture you might discover several promising “songwriters” in your organization. Your job is to develop them. They are the people who will lead your company into the future because they are the ones who will help write your song.

Jim may be the only management consultant you’ll meet who has a degree in animal science. That, coupled with a lifetime of working in the cattle industry, has enabled him to develop a unique approach to personal and organizational development that revolves around his basic tenet of human behavior: Without a purpose our only motivation is reward and punishment. After graduating with a degree in animal science, Jim became a top producing salesman and marketing executive with two Fortune 500 companies. In 1988 Jim discovered his purpose in life: “To help people reach their full potential.” That discovery transformed his life and led him to dedicate his life to help transform lives, leaders and organizations through the power of Purpose. Jim is the author of Riding for the Brand: The Power of Purposeful Leadership, The Transformational Power of Purpose: Finding & Fulfilling Your Purpose in Life and Road Signs For Success: 99 Purposeful Principles to Guide You on the Road to Reaching Your Full Potential. Jim writes for Road Signs For Success Weekly. He writes on the topics of motivation, leadership and change. Since Jim used to make his living as a cowboy he says that he discovered he could apply what he learned about punching cows to provoking people! So now Jim is a professional provoker! He provokes people and organizations to reach their full potential. Although Jim has consulted with and spoken to a wide range ofcompanies and associations in a many different industries, he hasn’t completely strayed from his cowboy past. Jim’s column, Whitt & Wisdom, is a regular feature in the CALF NEWS and he is a contributing reporter on the Cattlemen to Cattlemen television program.On the platform Jim might be best described as a cross between Dr. Phil and Jeff Foxworthy. He makes people think and laugh … all at the same time. Jim’s presentations are fun, fast-paced and punctuated with his unique brand of humor that draws on his rural roots.

« How to Face and Defeat Your Russian Bear Dogs by Tony Brigmon, Motivational Speaker
Five Tips For Leading Your Suddenly Remote Team by Lauren Schieffer, Communication Speaker »
By continuing to browse, you consent to our use of cookies. To know more, please view our Cookie Policy. Hide
Privacy & Cookies Policy
Necessary Always Enabled
Non-necessary