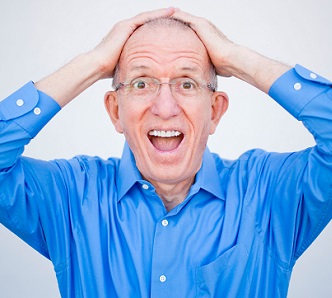 How to Face and Defeat Your Russian Bear Dogs

There are three experiences I had in my youth that gave me the wisdom, the strength, and the courage to face the Russian Bear Dogs in my life. I share them with you with the hope they may help you face yours, too.

I attended elementary school, first through third grades, in Campti, Louisiana. My best friend Roy Hines and I hit it off from the get-go and were inseparable during recess and after school.  Roy was smaller than me, but I was soon to learn there was a BIG BOY in that little body.

One day at school, another boy and I had an altercation at recess. Tempers flared and he challenged me to a fight after school. The challenge, in front of the other kids, was like a triple-dog-dare, so I couldn’t back down. After school, we went to a field off the school grounds to fight. My little buddy Roy came with me, as he said,  to “watch my back.” <smiling>

Just as the other boy and I squared off to fight, he saw a broken beer bottle on the ground. To my shock, he picked it up and came toward me with it. As he moved in, making cutting motions, I froze with fear.

All of a sudden, out of nowhere, my small friend Roy, stepped between me and this bad boy, grabbed his wrist with both hands and twisted it until he dropped the broken glass. With no *weapon* in hand, the boy didn’t want to fight anymore. Neither did I. Fight over!

What made my small friend step in for me when I was afraid, putting himself in danger of being cut? As I look back on this experience, I know now that it was LOVE. His love for his friend (me) gave him the courage and the *fire* to step in for me. Wow.

Fast forward to the summer between the third and fourth grades.

One night, my dad was drunk and when this happened, he transformed from the fun guy everyone loved into a mean-spirited and violent man who scared us. My mom, in fear of her life, left home that night and stayed with a friend. She returned early the next morning, while my dad was sleeping off his *drunk*, and woke me and my three brothers.

She gave us the choice of who would like to go with her to Grand Prairie, Texas where she planned to stay with her brother (My uncle R.T.) until she got on her feet and could provide for her family. I was the number three son. My older brother Ron and youngest brother Louie accepted her invitation and stepped forward. My oldest brother Jerry decided to remain, so I chose to stay with him.

When dad woke up, he was livid about my mom leaving him and taking two of the boys. Over the next few days, he ranted to Jerry and me about what a terrible person she was. But, finally, I began to really miss my mom and told my dad I wanted to go see her in Texas.

He told me there were street gangs in Grand Prairie who would beat me up. And knowing I was afraid of BIG, mean dogs, he added that there were even Russian Bear Dogs there, who would maul me.

Well, the fear card worked for a few more days. Finally, my love for my mom prevailed and I pestered my dad until he agreed to let my mom make arrangements for me to visit her.

When I arrived at my mom’s house, my younger brother Louie and I went out to explore the neighborhood. There was a vacant lot overlooking the Dallas Fort Worth Turnpike. It was fun watching all the cars pass by.

As we turned around to go home, there were several boys there, not acting friendly. I thought, “Oh, no. This is a street gang and they’re going to beat us up.”

And then, a feeling came over me I had never felt before. I noticed I was no longer afraid of ME being beaten up, but rather I was afraid of my younger brother getting beat up. Then the Love for my brother filled me with bold courage and I said to the leader of the *gang* who was bigger than me, “I’ll tell you what, I’ll fight you. And if I win, you leave my brother and me alone.”

The *gang leader* looked startled and the other *gang members* started saying, “Yeah, yeah!” to egg the fight on. Thinking I might only be able to get in one punch, I decided to make it count. I quickly stepped forward and hit him as hard as I could. He went down, but quickly sprang to his feet and to my surprise, he began to run. So, I chased him to his house.

While I was chasing the *gang leader*, it sounded like his *gang members* were cheering for ME. When I returned, I discovered that they weren’t a gang at all. Just a group of neighborhood boys who had been bullied by the big kid into acting unfriendly to my brother and me. The bully and I later became good friends.

So, once again, the power of LOVE stepped in to beat fear.

I decided to remain in Texas with mom.

Our next door neighbors were the Donnellys. Their son Mickey was my age and he and I became friends. One day, I was telling Mr. Donnely about what my dad had told me about there being Russian Bear Dogs in Grand Prairie.

To my surprise, Mr. Donnelly said, “I happen to have a Russian Bear Dog. Would you like to see him?” Seeing my fear, he assured me that he wouldn’t let the Russian Bear Dog hurt me and that it was inside a fence.

So, I agreed and we walked around to the back fence and he whistled and yelled, “Come here dog!”

And so, with the help of Mr. Donnelly, I was able to face my Russian Bear Dog and discovered it wasn’t all it was cracked up to be.

One of my favorite acronyms for F.E.A.R. is False Evidence Appearing Real. The only way to discover the *Real*, or the Truth, is the face the False, which usually drives the FEAR. Mr. Donnelly helped me do that.

He said he would play the song, the child would laugh, and then he would ask, “So, what is your Russian Bear dog?” And the child would share their fear. Sometimes it was, “Being at this new school  and making new friends.” And then, they would discuss how to face and overcome that fear.

The quote below says, “Love is greater than fear. Where there’s great sacrifice, there’s great Love. How to overcome fear? Sacrifice until Love shows up.” And when LOVE shows up, FEAR backs down.

So, I invite you to strengthen your LOVE through Sacrifice and to face your Russian Bear Dogs with help if you need it. You’ll be glad you did.

P.S. My dad later remarried to my stepmother Anna May. She was the nurse who helped him through his hospitalization where he successfully recovered from his alcoholism. He never drank again, for which we are so grateful.

Tony Brigmon spearheaded “fun” at Southwest Airlines as their official “Ambassador of Fun” delivering customer care and employee development programs.  Today, Tony teaches organizations how fun translates into serious results with customers and employees based on the best practices that helped Southwest Airlines achieve this same recognition with their customers, this level of performance with their employees and a #1 position in the industry.

Southwest is known as the #1 domestic boarding carrier and was rated #1 for 5 years in a row by receiving an award that has become known as the “Triple Crown” Award for Excellence (an award that recognizes an airline for being #1 in best on-time performance, #1 in best baggage handling and #1 in customer satisfaction gauged by fewest customer complaints of all major airlines).   It has been said that Southwest winning this prestigious award so many years in a row is “like an NFL team winning the Super Bowl in 5 consecutive years”.

“I Believe that people find you irresistibly attractive when you make it all about THEM.  And it’s easy when you know how to communicate to energize, connect to engage, and cultivate to

« The Heroic Leader by Vince Poscente, Olympic & Motivational Speaker
The Power of Collaboration: What We can Learn from Songland by Jim Whitt, Motivational Speaker »
This site uses cookies to enhance site navigation, analyze usage, improve functionality, and better your experience on the site. By continuing to browse the site, you consent to our use of cookies. Please see our Cookie Policy for more information about our use of cookies. Accept
Privacy & Cookies Policy
Necessary Always Enabled
Non-necessary