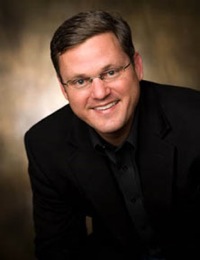 Whenever I visit with the principal of a high school, I make it a point to ask one unusual question: What do you do with the change?

Just about every high school in America has a line item in its budget for vending machines. Those machines might offer Coke, they might offer Pepsi, or they might offer vitamin water. But whatever they offer, they dispense only when students, faculty or staff deposit the required amount of change.  And that change adds up.

I’ve founded two non-profit high school leadership development organizations (Leader’s Challenge and the National Leadership Academy), so I’ve visited with hundreds of principals, and I’ve asked them all about their vending machines. The answer tells me something about the school’s values and culture.

When I was in high school, the money from our vending machines helped fund the senior prom. Other schools use it as a “principal’s discretionary fund,” so the principal can pay for unexpected challenges during the year. Some pour it into textbooks or athletic uniforms or the band or clubs or community philanthropy.

One of the most interesting answers to that question came from the principal of an urban public high school in Denver.

“We use that money to hire a janitorial service that cleans the school at night,” he said.

This struck me as odd. I’ve never walked through a school that didn’t have janitors on staff.

“Don’t you have janitors who clean the school during the day?” I asked.

“Yes we do,” the principal told me. “But I often find them asleep in the janitors’ room. They do about 25 percent of the work we need done. But I can’t fire them. They’re union.”

And then he delivered the real punch line: “I can’t hold my staff accountable for quality.”

The principal at that inner-city school succeeded because of his commitment to quality. But it came at a cost, because he had to divert resources from one area to fix another. How often do you have a breakdown in quality that requires you to bring in night janitors to fix? How often does your business spend extra resources to fix something that wasn’t done right the first time?

Or maybe your quality issue comes from something more basic: A lack of focus on quality. For instance, how often do you give in to the temptation to sacrifice quality for quick growth and profits?

There’s nothing wrong with profits or growth, but the best businesses know that they flow from a commitment to quality.

Andy Stanley told a story at a leadership conference recently that illustrates this point. Andy lives in Atlanta, which also is the home of Chick-fil-A. He told a story about how Boston Market (formerly Boston Chicken) took off in the 1990s. It began opening new stores all across the country and became a major competitor for Chick-fil-A, especially in the southeastern United States.

During a Chick-fil-A board meeting, in fact, the directors spent a good bit of time discussing how they should respond to Boston Market’s quick expansion. The members were passionately discussing ways Chick-fil-A could outgrow Boston Market. The central question: How could Chick-fil-A get bigger, faster?

Then Truett Cathy, the normally mild-mannered founder and CEO, interrupted the discussion by pounding the table and saying, “I’m sick and tired of this discussion about bigger. We need to make it better. If we get better, our customers will demand we get bigger.”

And that’s what happened. Boston Market eventually filed for bankruptcy, was purchased by McDonald’s and eventually sold to Sun Capital Partners. It now has only 480 locations. Chick-fil-A now has more than 1,600 locations and 44 consecutive years of positive sales growth. Chick-fil-A focused on quality – quality food, quality service, quality people. And the growth followed.

You might be tempted to cut corners on quality, but if you don’t put something good to drink in your vending machine, it won’t make you any change.

For more information or to book Tommy Spaulding to speak at your event, click here.

Tommy Spaulding is president of his own firm that focuses on national leadership development, speaking, training, consulting and executive coaching organization. A world-renowned speaker on leadership, Spaulding has spoken to hundreds of organizations, associations, schools, and corporations around the globe. His new book, It’s Not Just Who You Know (Transform Your Life and Your Organization by Turning Colleagues and Contacts into Lasting, Genuine Relationships), published by Random House, is a New York Times, Wall Street Journal and USA Today national bestseller.

Spaulding rose to become the youngest president and CEO of the world-renowned leadership organization, Up with People (2005-2008). In 2000, Tommy Spaulding founded Leader’s Challenge, which grew to become the largest high school civic and leadership program in the state of Colorado. He is also the founder & president of a non-profit leadership development organization which runs the National Leadership Academy, a national high school summer leadership academy, as well as Kid’s Challenge, Global Challenge and Colorado Close-Up.

Previously, Spaulding was the Business Partner Sales Manager at IBM/Lotus Development and a member of the Japan Exchange and Teaching (JET) program.

Tommy Spaulding is president of his own firm that focuses on national leadership development, speaking, training, consulting and executive coaching organization. A world-renowned speaker on leadership, Spaulding has spoken to hundreds of

« Are you Stuck in the Middle Seat™? by Doug Lipp, Customer Service Speaker
7 Steps to Stopping the Insanity in Your Life and Business by Mike Jaffe, Inspirational Speaker »
By continuing to browse, you consent to our use of cookies. To know more, please view our Cookie Policy. Hide
Privacy & Cookies Policy
Necessary Always Enabled
Non-necessary