Right here is everything you’d ever want to know about Ben, excluding his shoe size and length of his left arm.  Now read until your eyes start getting all foggy and stuff. Ben Stein (Benjamin J. Stein) was born November 25, 1944 in Washington, D.C., (He is the son of the economist and writer Herbert Stein) grew...

Right here is everything you’d ever want to know about Ben, excluding his shoe size and length of his left arm.  Now read until your eyes start getting all foggy and stuff.

Ben Stein (Benjamin J. Stein) was born November 25, 1944 in Washington, D.C., (He is the son of the economist and writer Herbert Stein) grew up in Silver Spring, Maryland, and attended Montgomery Blair High School. He graduated from Columbia University in 1966 with honors in economics. He graduated from Yale Law School in 1970 as valedictorian of his class by election of his classmates. He also studied in the graduate school of economics at Yale. He has worked as an economist at The Department of Commerce, a  poverty lawyer in New Haven and Washington, D.C., a trial lawyer in the field of trade regulation at the Federal Trade Commission in Washington, D.C., a university adjunct at American University in Washington, D.C., at the University of California at Santa Cruz, and at Pepperdine University in Malibu, CA. At American U. He taught about the political and social content of mass culture. He taught the same subject at UCSC, as well as about political and civil rights under the Constitution. At Pepperdine, he has taught about libel law and about securities law and ethical issues since 1986.

In 1973 and 1974, he was a speech writer and lawyer for Richard Nixon at The White House and then for Gerald Ford. (He did NOT write the line, “I am not a crook.”) He has been a columnist and editorial writer for The Wall Street Journal, a syndicated columnist for The Los Angeles Herald Examiner (R.I.P.) and King Features Syndicate, and a frequent contributor to Barrons, where his articles about the ethics of management buyouts and issues of fraud in the Milken Drexel junk bond scheme drew major national attention. He has been a regular columnist for Los Angeles Magazine, New York Magazine, E! Online, and most of all, has written a lengthy diary for twenty years for The American Spectator. He currently writes a column for The New york Times Sunday Business Section and has for many years, a column about personal finance for Yahoo!, is a commentator for CBS Sunday Morning, and for Fox News.He has written, co-written and published thirty books, including seven novels, largely about life in Los Angeles, and twenty-one nonfiction books, about finance and about ethical and social issue in finance, and also about the political and social content of mass culture. He has done pioneering work in uncovering the concealed messages of TV and in explaining how TV and movies get made. His titles include A License to Steal, Michael Milken and the Conspiracy to Bilk the Nation, The View From Sunset Boulevard,Hollywood Days, Hollywood Nights, DREEMZ, Financial Passages, and Ludes. His most recent books are the best selling humor self help series, How To Ruin Your Life. He has also been a longtime screenwriter, writing, among many other scripts (most of which were unmade ) the first draft of The Boost, a movie based on Ludes, and the outlines of the lengthy miniseries Amerika, and the acclaimed Murder in Mississippi. He was one of the creators of the well regarded comedy, Fernwood Tonight.

He is also an extremely well known actor in movies, TV, and commercials. His part of the boring teacher in Ferris Bueller’s Day Offwas recently ranked as one of the fifty most famous scenes in American film. From 1997 to 2002, he was the host of the Comedy Central quiz show, “Win Ben Stein’s Money.” The show has won seven Emmies. He was a judge on CBS’s Star Search, and on VH-1’s “America’s Most Smartest Model.”

He lives with his wife, Alexandra Denman ( former lawyer,) six cats and three large dogs in Beverly Hills. He is active in pro-animal and pro-life charitable events. 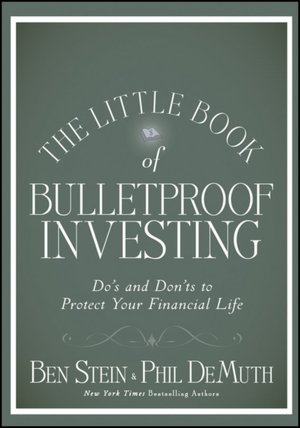 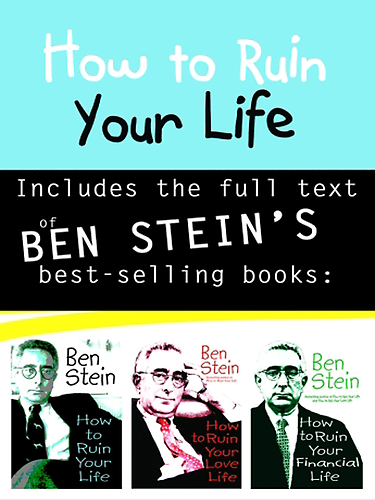