Jane Jenkins Herlong’s life is a story of one simple phrase; “Oh, yes I can.”   Jane is living proof that you may start out with a “bless her heart” life but you can become a person whose heart and life is blessed! Jane is a humorist, award-winning professional singer, recording artist and published author. But...

Jane Jenkins Herlong’s life is a story of one simple phrase; “Oh, yes I can.”   Jane is living proof that you may start out with a “bless her heart” life but you can become a person whose heart and life is blessed! Jane is a humorist, award-winning professional singer, recording artist and published author. But she did not start out that way…

Coming from a meager background she was literally the farmer’s daughter and the classic ugly duckling. Early on, she was informed that she was Dyslexic and would probably never accomplish much in life. Ironically, this may have been the best thing that ever happened to Jane, because she proved every label wrong.  Winning the title of Miss South Carolina Jane was a contestant in the Miss America Pageant, graduated from college with the highest honors voted by her peers and continued her studies in graduate school. Oh, yes, she did!

From there Jane went on to even greater heights.  As a professional singer and recording artist, she has performed at the legendary Radio City Music Hall, for professional basketball, baseball and numerous college bowl games. Along with speaking from coast to coast, Jane has also spoken in New Zealand and Germany sharing the stage with well-known personalities such as:  Colin Powell, Rudolph Giuliani, Dr. Charles Stanley and the late Charlton Heston.  A motivational humorist, Jane is a CSP, Certified Speaking Professional which  has been given to only 215 women worldwide and is the highest earned designation awarded by the National Speakers Association and the Global Speakers Federation.

As a published author her writing has appeared in “Guideposts Magazine”, “Successful Farming”, “Baby Boomer”, “Fit and Well” and was the featured cover story in “Today’s American Woman” magazine.   Her popular book, “Bare Feet To High Heels; You Don’t Have To Be A Beauty Queen To Be A Beautiful Person”,  has entertained and inspired people of all ages with her humor and warmth. A prolific writer, Jane is also a humor columnist.

Serving on the Foundation Board of the National Speaker’s Association, Jane chairs the organization’s Scholarship Fund.  She serves her state as a Commissioner for Piedmont Technical College and has been awarded the prestigious Presidential Medal.  Jane also serves on the Parent Advisory Board at Clemson University.  President George W. Bush awarded Jane the title of “Honorary Texan” from her years of speaking in the Lone Star State.

Jane believes that with a positive attitude, the right people at your side and sense of humor you can develop a healthy mind, body and spirit. Through life lessons, lots of laughter, and her award-winning singing, Jane’s goal is to encourage her audiences to develop a sense of humor and discover a sense of self. “Oh, yes you can!” President George W. Bush awarded Jane the title of

Jane believes that with a positive attitude, the right people at your side and sense of humor you can dev 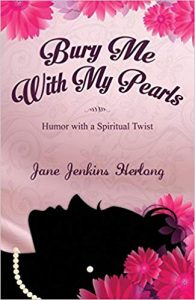 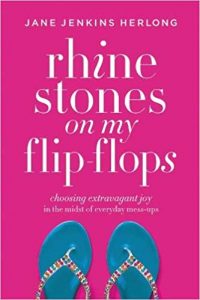